What is the Golden Ratio?

The Golden Ratio, a common term in graphic designs, has been used to beautify your designs in a more lively way. Although art is subjective entertainment, one of the factors for art to be attractive, according to Interaction Design, is through the application of the golden ratio. 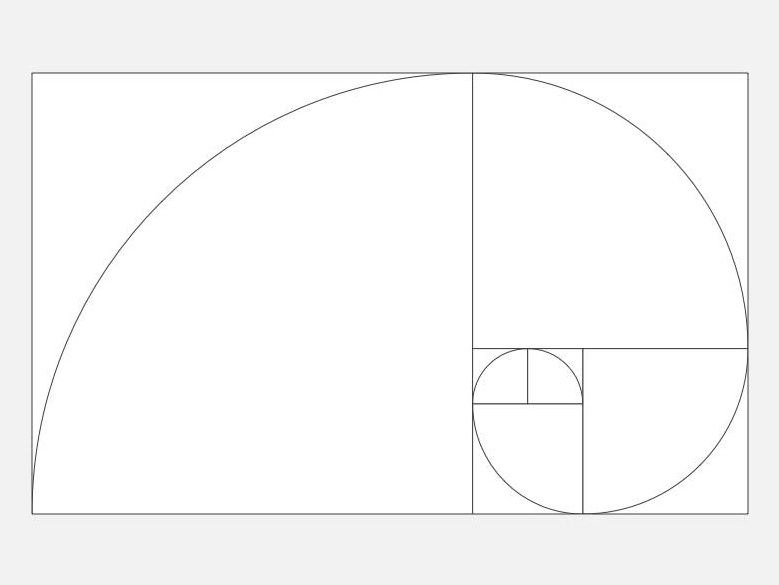 Further Details about the Golden Ratio

One of the golden ratio application characters is the beauty in the compositions of humans’ faces of which scientifically proven technique is an old way to create more charming designs.

Golden ratio is a series of numbers taking important roles to create such perfectly magnificent balanced designs for the brain’s aesthetic satisfactions. Instead of engaging creativity and instinct to create art work,  this technique applies Mathematics to create work through additions of simple numbers to arrange the expressive designs.

Furthermore, the numbers 1,618 should be kept in mind every time a designer uses the golden ratio because such numbers have been a standard method to know the other elements’ sizes by either multiplying the intended element size to 1,618 or using the golden spiral to adjust arrangements.

Additionally, it may cause a little inconvenience to find out that the design does not look as perfectly as expected with few distractions on it. This is when the golden ratio should be allowed to play its crucial roles.

Introducing Fibonacci Lines, another Term for the Golden Ratio

Experienced designers having applied the golden ratio during their careers must be familiar with fibonacci lines, a group of sequence numbers as the addition result of the previous two numbers.

Fibonacci lines used to be applied by Greek to form a visual pattern to help them do their designs. A golden spiral forms if the numbers are turned into a square object and then placed side to side to form a rectangle.

Golden ratio is often found in nature so that many people call it the natural ratio. Additionally, plenty of surrounding stuff apply this technique so it is important for designers to add the natural ratio in their work.

Tricks to Apply the Golden Ratio in Designs

Hierarchy of typography, also known as ‘writing’, refers to the applications of texts which are crucial to consider in the hierarchy of writing management in the layouts.

The use of golden ratio is not only for wedding invitations, but for posters and website layouts as well. It works as a typography size guidance.

The next thing the design making is the writing categories which start from the most important, important, and less important. The  font of a title is different from its content; for example, designers can multiply the 10 pt smallest font by 1,618 to obtain the general guidance aimed to have a bigger size.

The next trick is the best logo design because the better the logo is designed to be as attractive as possible, the easier the audience gets the message in just a glance. This aspect makes the golden ratio an important consideration to design a logo.

Even big companies in the world have applied this trick to design their logos by arranging fibonacci lines as a series of circles which are then rearranged to form a grid to become the basic thing in designing the logo.

Pay special attention to the technique for producing an attractive logo.

Picture composition has been one of the significant aspects to consider to create graphic designs, especially when designers have a little time to spend on contemplating the artwork deeply. Then the golden ratio spiral technique is the best solution.

Harmony in the designs can be produced by using this technique. Although artwork is subjective, there must be a certain value to assess the designs.

Moreover, designers are able to figure out the picture focus by applying this technique to fully help them determine the centered object to show attractive displays.

Famous Brands to Apply the Golden Ratio for their Logos

There are actually a lot more famous brand examples applying the golden ratio for their logos, and here are some of them.

The first brand example to apply the golden ratio is Apple. Despite its simplicity, the logo looks elegant and shows deep meanings. There is no doubt that the Apple logo is easily remembered.

It has reasonably neat concepts that apply the fibonacci lines of 1,2,3,5,8 and 13 on certain objects.

Another famous brand to use this trick is Toyota, an automotive company which few people do not consider to have used the fibonacci lines to create its logo.

The golden ratio application in Toyota is by positioning the lines to place the three ovals in different shapes.  The ovals’ value is 1,618.

Everyone knows Pepsi, a popular drinking brand, but not many people realize that it uses the golden ratio to design its simple looking logo. The logo is made up of two circles with different diameter sizes. If you look into the logo in detail, both circles have the same comparison value of 1,618. Then, the circles are properly cut into a set of proportions.

Therefore, it is significant to use the golden ratio technique in designing any attractive proper logo or artwork. On top of that, the use of the golden ratio in business will have positive effects in the future.