The earliest way to record stories and ideas was through pictures on a cave publicly known in 25,000 B.C. Those pictures are called pictograms. A pictogram is a simple representative of people, places and things which is easy to comprehend. Despite its simplicity, this written form of communication is permanent, unlike the spoken one. 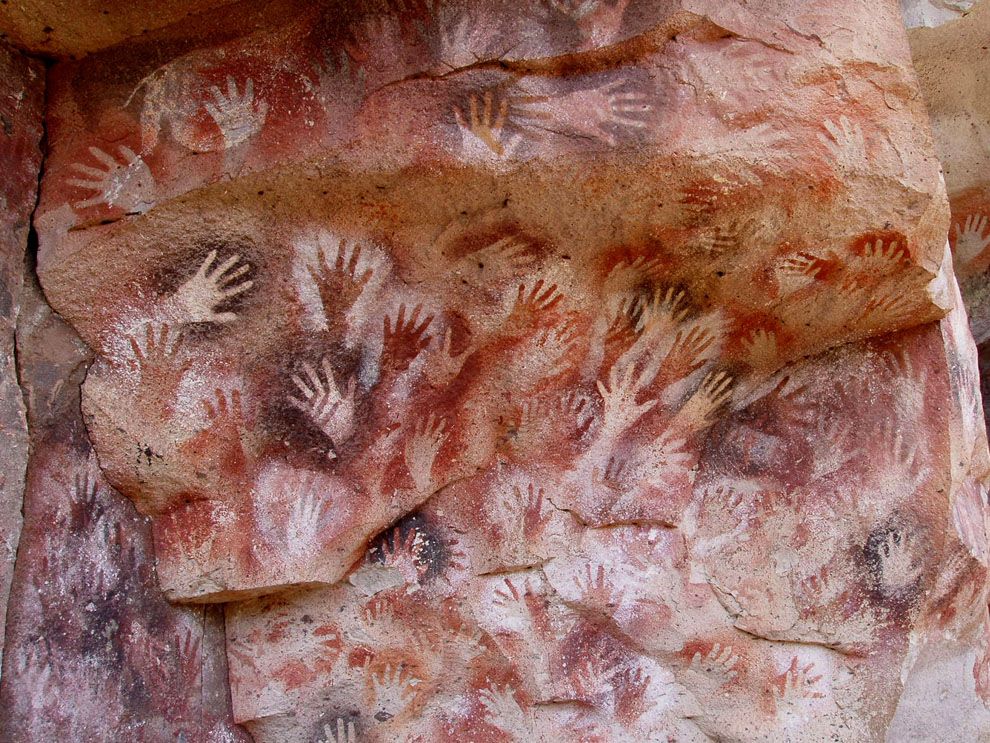 The hand painting in Cuevas de las Manos, Argentina (about 9,000 to 13,000 B.C.) is the earliest written form of communication taken from the National Geographic page.

Humans consciously created the first written text forms and letters about 5,000 years ago. Since then, letters have become important means of communication which has developed for years along with the development of science and technology leading to its way of digital communication.

One of significant elements in graphic design is typography. It can mean the arrangement and pattern of pages, or all printed staffs. The more specific definition is selection, arrangement and other things related to stack lines of letters excluding illustrations and other factors of non-letters on the printed page.

To common people, they find it unusual about typography terms. If you are interested in designing especially typography, you need to learn various terms used in it.

Terms of typography are explained in the following description. Check it out! 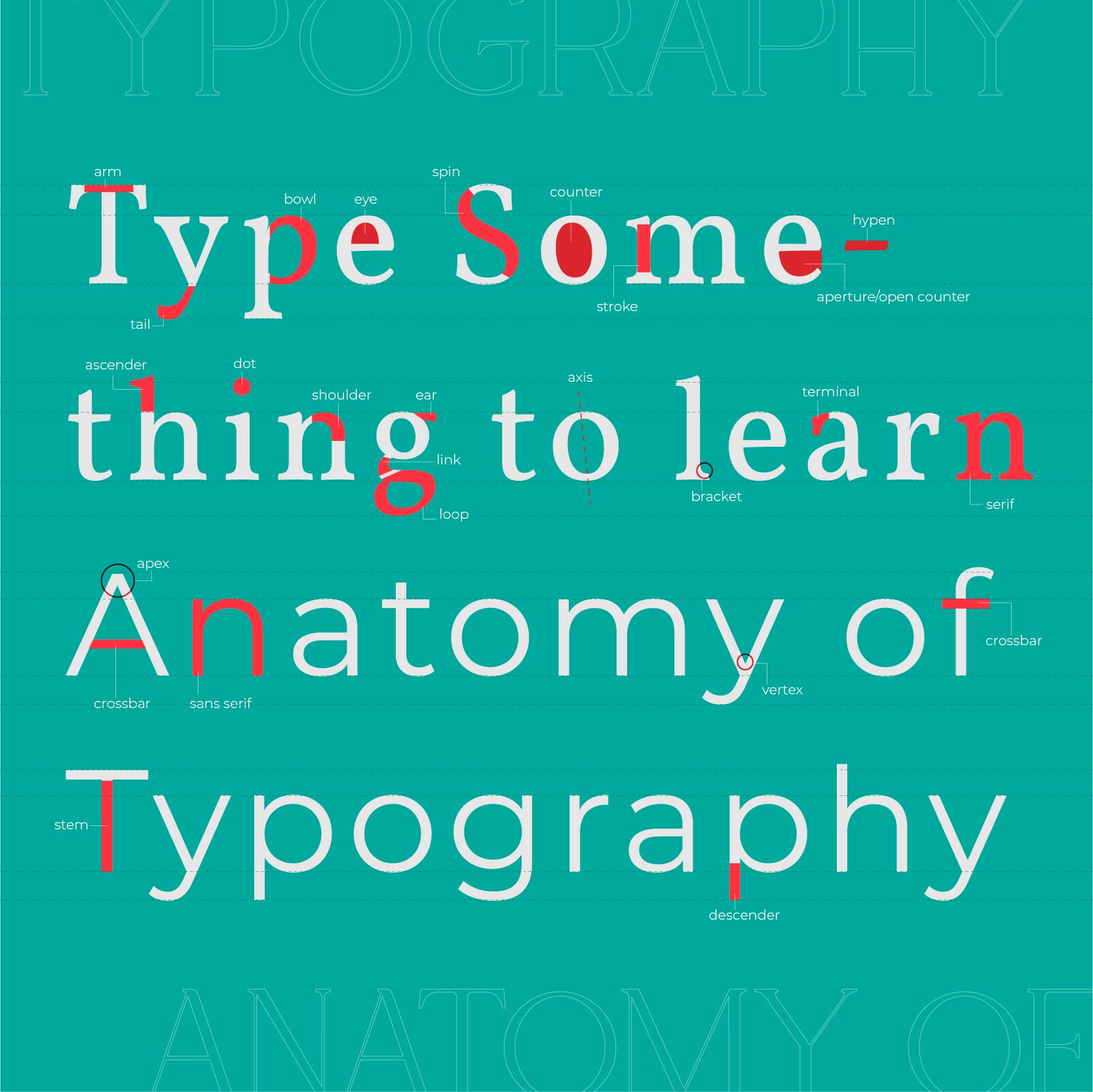 A typography is one of graphic design terms which does not stand alone and is related to other fields of science. In simpler words, a typography is a specific letter design, such as Times New Roman.

An individual symbol from a group of complete characters forming typography can be in the forms of letters, numbers, punctuation, etc.

A non-standard variation (sometimes decorative) comes from the existing characters as additional options in the font file. 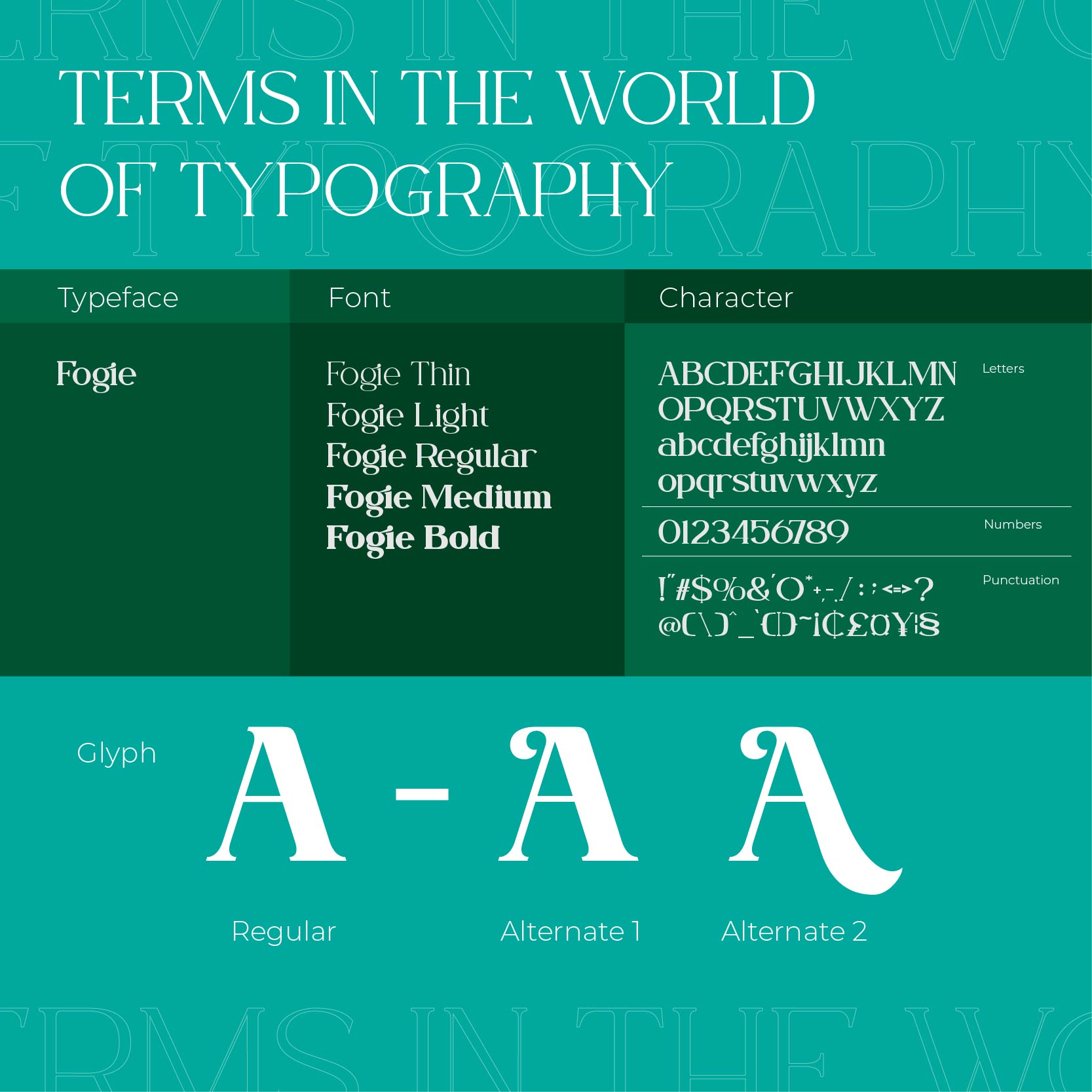 Serif is a short line or a lengthwise sticky scratch at the edge of an open area of a letter.

It literally means ‘without line’. You can also see some sample here.

It is a tilt version of a letter type.

It is an imaginary border line between letters and other characters.

It is an imaginary line that marks the top border of capital letters and some lowercases (ascender).

The height of a lowecase is usually based on the lowercase ‘x’, excluding ascenders and descenders.

It means the equal amount of distances between characters in a complete text.

It means a horizontal distance of two characters in a row adjusting the kerning to create an equal display. 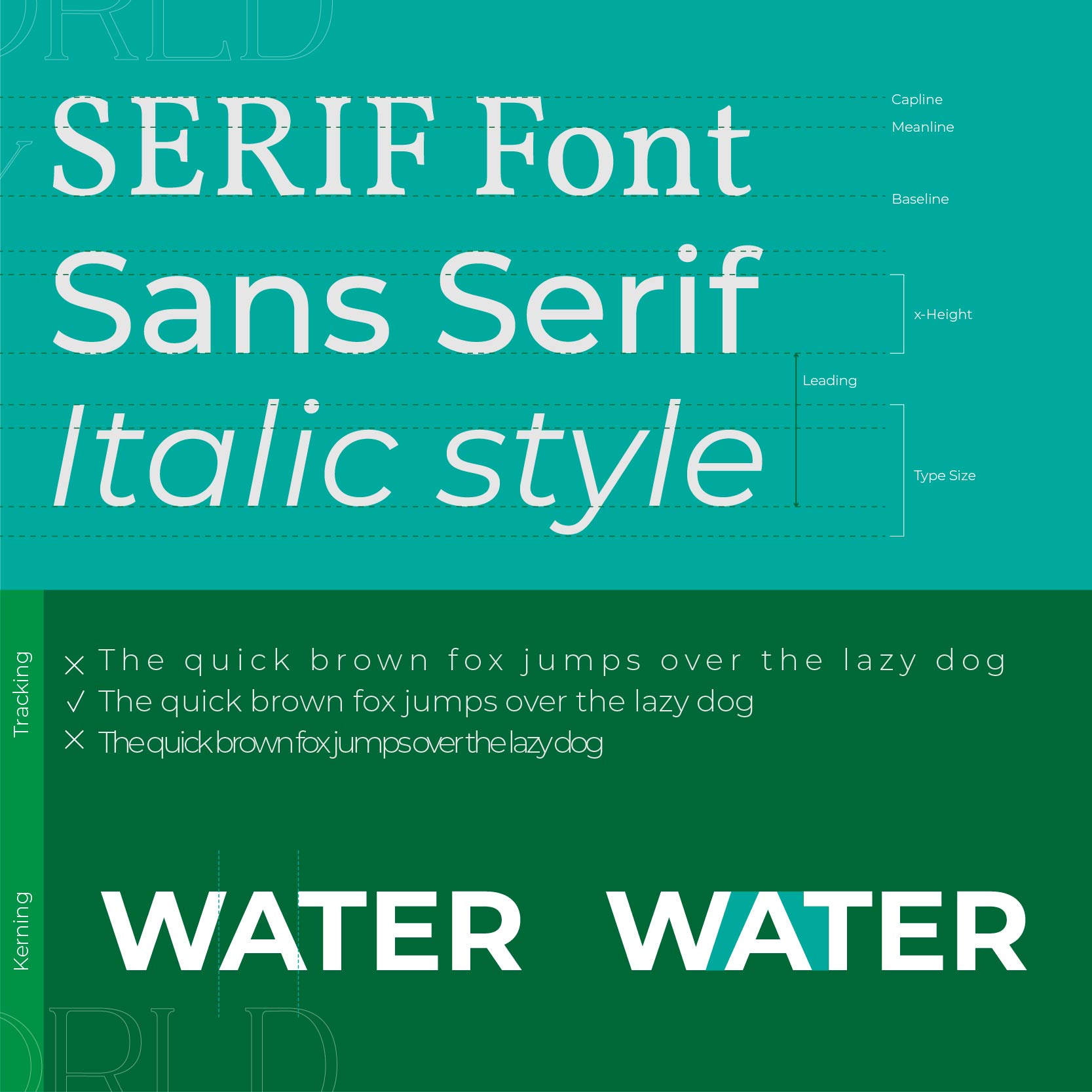 It is a straight line or curve.

It is a curve stroke which continues to Stem.

It is part of the stem which is equal the base line.

It means part of lowercase characters (b, d, f, h, k, l, t) which lengthwises on top of the lowercase x.

It is a point where the stroke meets the stem.

It is a connecting point at the top position of a letter form where two strokes meet. It can be round, sharp, flat, etc.

It is a point below a character where two strokes meet.

It means the inner angle where two strokes meet.

It is horizontal or diagonal at the top position which is tighten on one end but loose on the other end.

It is a short stroke and declining on a letter form.

It is a horizontal line in characters such as A, H, R, e or f.

It is a line that cuts past the stalk of a letter.

A curved stroke creates a closed area in character (later called the counter).

It means some part or the whole part is covered in a character and bordered by curva, stroke or stem.

It is an open area or partly covered in negative space created by open counter.

It is a type of a letter that has two counters.

It is the end of a stroke which is not ended with a serif.

It is a decorative ornament replacing terminal or serif.

Those are the terms frequently used in a typography. You are allowed to mark this article as a typography dictionary and references to learn more about typography. Good luck!