Get Inspired by the 80’s Design Style Components

The 80’s design is a stepping stone to digital revolution and computer familiarization. This initiates the use of technology in graphic software development which intentionally influences the graphic design progress.

At the same time, the graphic design appeared more eye-catching since they used bold colors, attractive typography and neon elements. Those elements, however, attract people’s attention. 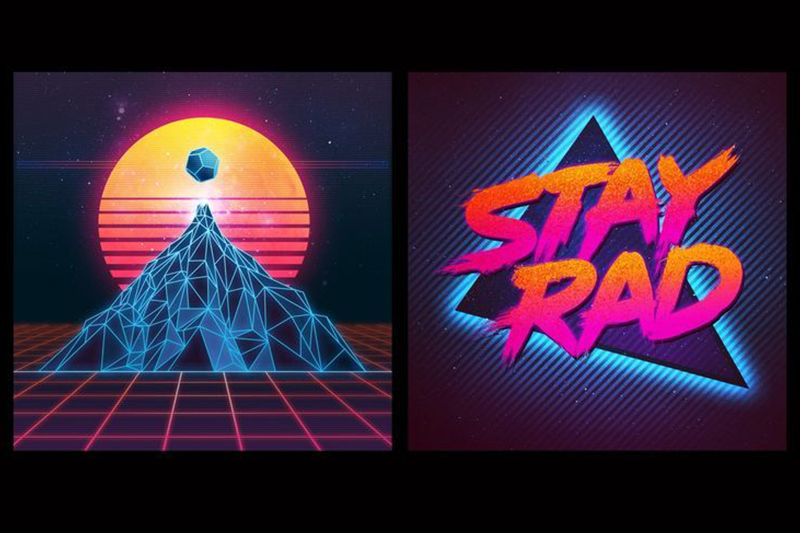 A Peek Inside the 80’s Design Components

More information about the elements are discussed as follows. You can have them as your references to create a unique and attractive design.

The artworks in 1980 were seen as greater and more modern, compared to the previous era. Each designer has different styles with the use of geometric patterns and color schemes.

In addition, designers can have the technology for their advantages in creating futuristics impression, just like the 1980 people felt. Another essential characteristic is their design preferred male character rather than female .

The 80’s design used typography and vibrant effects but the background was darker. Some elements from the Neo Retro were also adapted, such as palm trees and women silouhette.

Furthermore, they also used sports cars and a sunset atmostphere. Those were the main elements known for the 80’s design. At the same time, the graphic modern started their move by releasing the sans-serif font.

The Neon color palette used in the 80’s design heavily relied on the arcade game system and evolution. The game came in black and white, grey or 8-bit which its palette is quite limited.

At that time, the games came in gameplay or simple graphics. The minimalism concept still applied though game technology made some innovations.

The 80’s design style literally adapted the elements such as shapes, effects to colors selection which are closely similar to arcade game visuals.

The typography of both arcade games and retro in the 80’s design was iconic. They were made of different font types such as monospace or pixel fonts, applied sans serif and added script access. The monospace is known for its fixed width.

Besides, it has more horizontal spaces on every character. During the first gaming and computer technology era, designers should make adjustments to 8×8 grids which are called the pixel fonts.

The 80’s design video game is recognized by its cyberpunk. The idea has been around, way before the internet developed, since TRON was released in 1982 to Shadowrun in 1989.

It is inspired by William Gibson’s novel in 1984 titled Necromancer, which represented the never ending grid visually.

Nevertheless, it is also related with Outrun or Vaporwave design movements. They refer to the 80’s video game whose influence is unbeatable.

In general, making a series of color adjustments would create an effect, such as cyberpunk. While gradient is the sequential transition of a color.

For instance, red slightly changes the color to yellow. The gradients would combine various color transitions to create the effect.

You can have either dark to light gradients or vice versa. Actually, the cyberpunk effect has been adapted by the 80’s design in films and games.

The right color selection would create a good gradient. To understand this, designers should have a solid grasp of color theory. Therefore, they can learn as well as create the cyberpunk effects.

Another prominent feature is the cyan purple. Be aware that there was a technological limitation to the 80’s operation system.

Some colored gradients can be applied to create the cyberpunk effect. A designer, however, should master the color gradients for designing an impressive artwork.

You may opt the inspiration discussion above as your source of references in creating an 80’s design style. Thus, it is very essential to learn about the 80’s design elements you can adapt.