International Typography Style or International Style is a design style that emerged from Swiss in the 1940s. Known as Swiss style for short, this style was the pioneer of graphic design style in the 20th century.

Established in a Swiss Art School at first, this style encircles use of grid, hierarchy content and clear layout. It also combined a big-sized photo with few and modest typography. 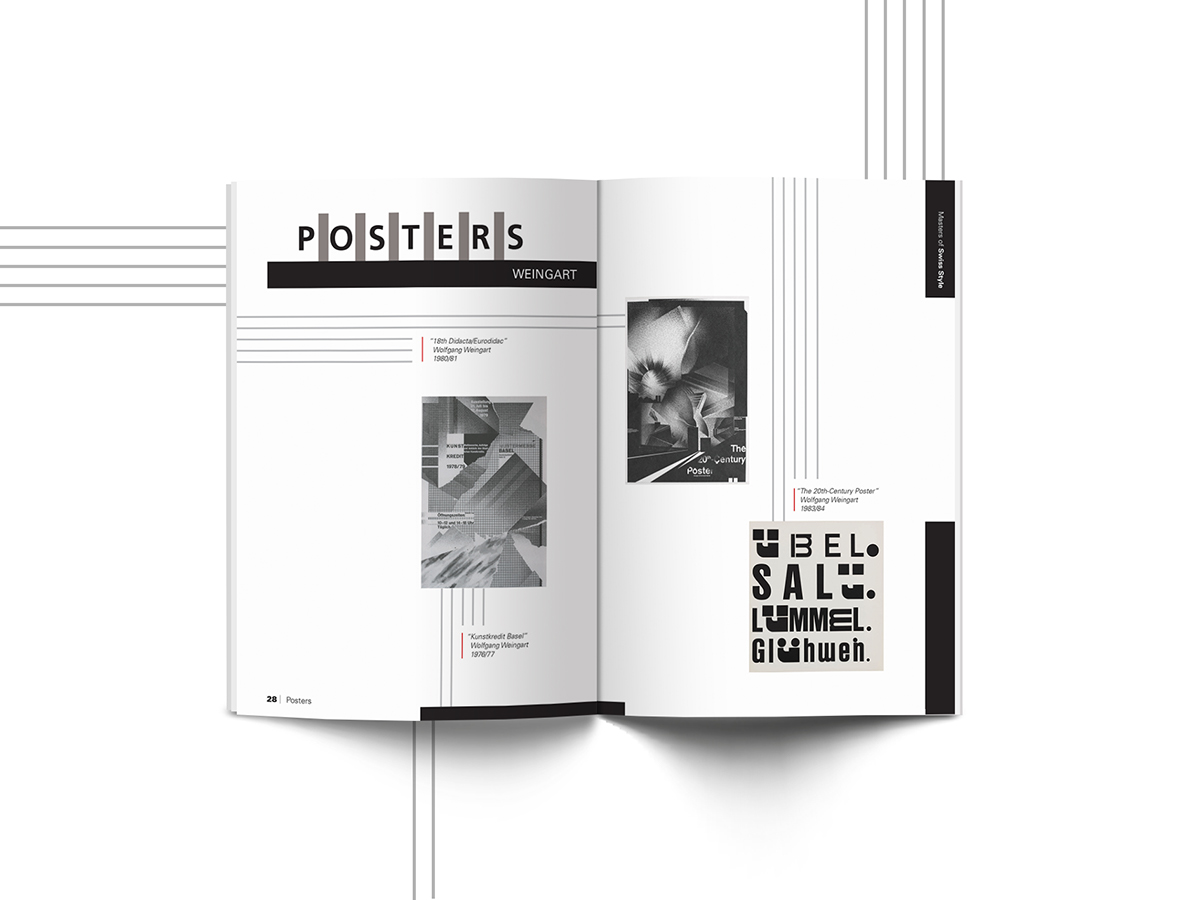 Swiss Style accentuates neatness, eyes-pleasing, readability and objectivity. This style refers to a movement from Russia, Dutch, and German during 1920 and 1930s.

International Style graphic designers preceded the movement in the 1950s. Swiss Style itself is a modern form, the peak of Russian constructivism, art and craft, photography, De Stijl and Bauhaus.

The pioneers of Swiss Style treat this design as a part of industrial product as well as objective and visual communication. Akzidenz Grotesk Spesimen font is their selected typography in the industrial sector especially.

Akzidenz Grotesk fonts influenced Swiss Style in the 19th century. As a typography, it has no ornament, common purpose and is functional. The modernists then adopted this principle to a font.

It inspired the birth of another Heltica fonts which draws everyone’s attention. Later, the International Style font is used for scientific publications with the following characteristics:

This international typography style uses text formatting that aligns text with a left margin. While the paragraph on the right edge is left uneven.

Sans Serif means a small stroke that finishes off the end of letters vertically or horizontally. This distinguishing feature reflects modesty.

International Style also uses an asymmetrical layout system, where designers randomly positioned some elements to build a messy vibe. However, the design patterns are not lacking in balance, it is just the uneven layout to make it more attractive.

Bright and modest use of colors in Swiss Style is intended to convey the message in the most direct and perfect way. Again, the foremost purpose of this design is to emphasize simplicity and aesthetics.

Geometric Shape in Swiss Style keeps both shapes and size consistency. Usually it is meant to create an abstract design with unique but neat vibes.

Characteristics and Principles of Swiss Style

Form follows function is what Bauhaus Principle said, which makes Swiss Style appear reasonable and considerable. This approach is heavily underlined the beauty and magnificence in design functionality, creating such characteristics as follows:

Minimalism is the heart of International Style enactment, reflecting simplicity. Instead of going with flashy designs to attract people’s attention, you can go with minimalist and sleek designs as well.

Going Classic with Black and White

Black and white serve attractive and classic looks, creating more focus too. Despite being simple, monochrome also displays an elegant vibe in a product.

Both characteristics and aesthetic value of Swiss Style are influenced by day-to-day development. Swiss designers started combining photography and typography after World War II on nationalism and patriotism posters in the 1940s.

They understood that shooting with a point makes a stronger effect for the readers. It corresponds to the Swiss Style principle, a minimalist.

You can take one bright color to make your design stand out. For a more attractive photo, try combining two unusual colors.

If you have some different elements, use shapes to create a structure to integrate your messages. Using one repeating shape leads the audiences to the center of elements.

Swiss designers often use varied font sizes. Certain typography even holds the power to replace a photo, as a focus point in a design.

International Style is not exclusively used by posters or graphic designs only. It is also applicable for web or UX design. The embedded characteristics are compatible for a website.

International Style is in line with user-friendly interface making. Most of the works are found in posters, stamps, institution typography identity, road signs, etc.

The three principles; simplicity, readability, and objectivity make International Style emphasizing the use of typography. Its direct message is conveyed by large text.

Excess elements in a design create a stiff impression, preventing messages to be conveyed in the most refined way. While a direct message is an important factor in interface design.

Sans Serif typography, grid, and asymmetrical layout are being developed recently. The iconic duo of International Style typography and photography acts as visual communication media for an artwork on Website.

Space does affect either visual or legibility of a design. The use of whitespace creates visual attraction, signaling the classic vibe.

Grid system is used to make designs look well and balanced. It is inspired by typography literature ideas for making fixed systems for layout.

In a nutshell, this style is focused on using lines as the most coordinated part of arranging information. Lines will define a picture dimension and every International Style element is specifically united.