Color theory in graphic design describes the use of colors which designers choose for their design. The most known theory is called Brewster, dividing colors into four sectors.

They are primary, secondary, neutral and tertiary. Those sectors are usually made into the wheel named Brewster, just like the founder’s name. It applies Herbert Ives’ formula; the circle scheme. 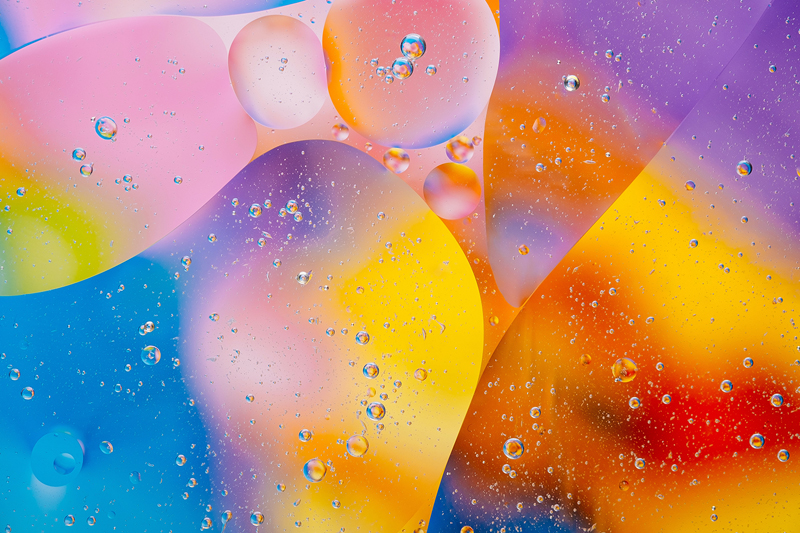 Previously, we have discussed four color sectors including primary, secondary, tertiary and neutral. Find more details about the color theory on the following:

Primary means basic, cannot be created through two or three color combinations. There are three primary colors; red, blue and yellow. Eventually, these primary components made the secondary and tertiary derived.

Secondary requires two primary colors in a one to one ratio. Such as orange is  created by combining red and yellow. While green is made of blue and yellow.

At last, purple is formed through a combination of red and blue. You can use this color theory by combining another two components in the same ratio to create a secondary color.

Applying color theory in tertiary, you need one composition of primary and secondary. It means, there are three components combination if you spare them. Such as, yellowish orange is made of green and yellow.

Remember that green is created by a combination of blue and yellow. Thus, yellowish orange requires blue, yellow and yellow without being mixed with anything.

Finally, it is neutral where the combination involves three primary components in a balanced ratio, 1:1:1. During the process, one of the color theories tends to produce black color when being combined.

From primary to tertiary colors are divided into two big groups; warm and cold colors. Take a look at the explanation below:

Have you got a solid grasp of what coloring in theory is? Read on for more of our explanation.

In the color theory, there are four connections which each of them is called complementary. Here are the details:

Complementary contrast are two colors that oppose each other, their position is 180 degrees different on the wheel. Both of them make the strongest visual contrast. Such as red and green or blue and orange.

This is not as contrasting as the first type. However, their positions are really close to oppose each other and almost create a 180 degree angle. For example, orange and bluish green.

It has three elements where they form a triangle with a 180 degrees angle on the wheel. The triad contrast emphasizes the importance of color theory as designers’ guideliness.

At last, it is a contrast combining four colors at once which forms an equilateral square on the wheel. Its four components are on every corner of the square creating a unique combination.

The next question, is there any guidelines we should follow to know which colors should we combine during the design process? The guidelines will surely be needed by either beginners or professional designers to decide their design styles.

There are two schemes we can use. They support the idea of color theory which are described in the following explanation:

This scheme is made up of primary components. It requires two components that are next to each other on the wheel.

Both their color transitions and combination look smooth and low-contrast because their characteristics are quite similar. Find some coloring combinations we have provided:

You can explore more combinations by grouping some colors that sit next to each other. Its smooth transition gives a more pleasing final look.

It is called monochromatic because black and white are involved. To be clear, it symbolizes color combinations which have different intensities.

The final design is based on the primary colors perception you want to show. Other examples of monochromes such as:

More monochromatics are possible to be presented on a design. The main feature you can recognize is the design uses a single base color.

Why is Color Theory Important?

Why is applying color theory important in the design field? Because this is what designers need to refer to in their work. Not to mention the logos, branding and other purposes.

Having a solid grasp on color theory is crucial and should always be applied to create consistent designs. Because working on a company design, especially the logo, would express the company’s identity.

There is a certain message that should be delivered to the public and could only be conveyed if the color composition is correctly and consistently applied. This consistent application is a matter of life for every marketing conventional and digital.

Social media, Instagram for example, has been widely used for branding and promotions. Applying color theory in digital marketing would eventually increase the engagement rate and targets.

There is another related theory called the Prang System, which is derived from the founder’s name, Louis Prang. He divided the system into three parts, such as:

Hue refers to the color’s name in use. It consists of red, blue, green and more.

Value is the right term to describe the color’s brightness and darkness. Such as, a composition between black and white.

Finally, saturation or intensity which is also called chroma. It is used to implement bright and dark coloring.

When you are about to start designing, you can do so by referring to our explanation above. The color theory would be your clean source once you are working as a designer.